Posted on 8. July 2015 by littlesewingdreams

When Kennis from Itch to Stitch calls for pattern testers, I can not resist. This time it was a pattern for shorts, and as usual, the pattern includes different options, ranging from simple to a version with five pockets, belt loops and cuffs. I tested the last option. 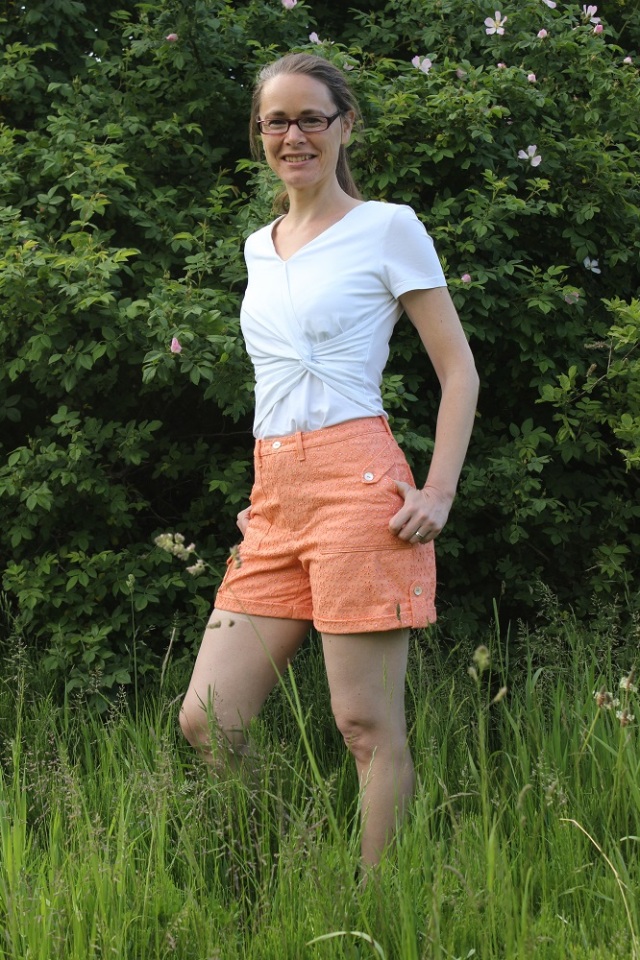 I used a cotton eyelet and underlined it with cotton batiste. This gave the eyelet enough stability and also added the necessary opacity. I did not try any pattern matching as the flowers are small enough. I only made sure that for the tabs the flowers were centered. The fabric edge had a small area without embroidery. I used this for the belt loops. For the buttons I found some mother-of-pearl buttons in my stash. 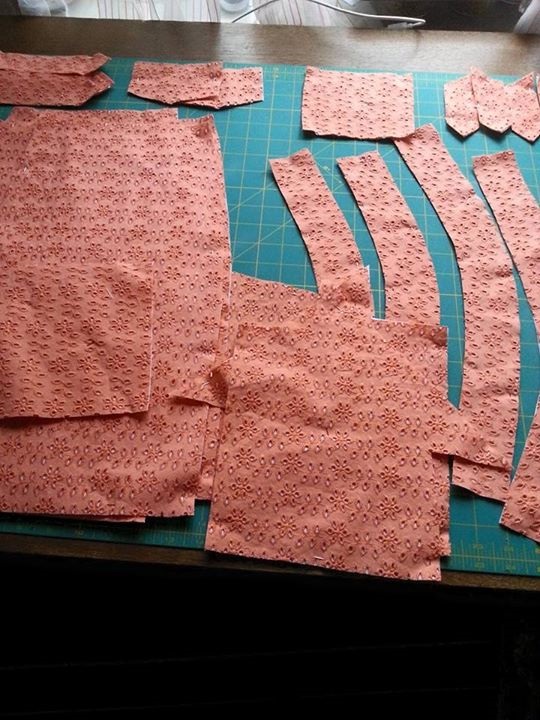 I am not very experienced with fitting of pants. So I was more than happy when my muslin already fit quite well. However, I had to change the depth of the crotch curve and also the crotch/inseam. Here is what I did: 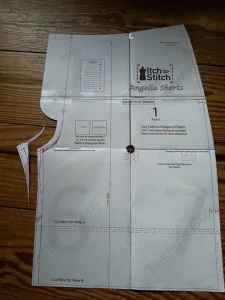 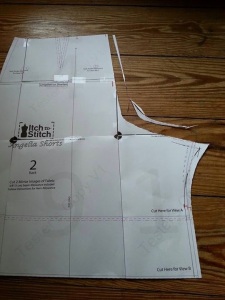 I deepened the crotch curve at the back and made it longer. I shortend the crotch curve of the front the same amount, as the total length was fine, but I had too much fabric in the front and too little in the back. Kennis changed the crotch curve for the final version, as also most of the other testers had a bit of tightness at the back crotch. I did not have the chance to try the final version yet, but I know that the fit improved for the other testers. Anyway, you will never be able to create a pants pattern that fits everybody, so I think Kennis did a great job here.

I also straightened the hip curve a little bit (not shown in the picture). This is a usual alteration for me for every pattern wich is close-fitting in the waist/hip area. Last I took out about 1 cm in the center back due to my swayback. 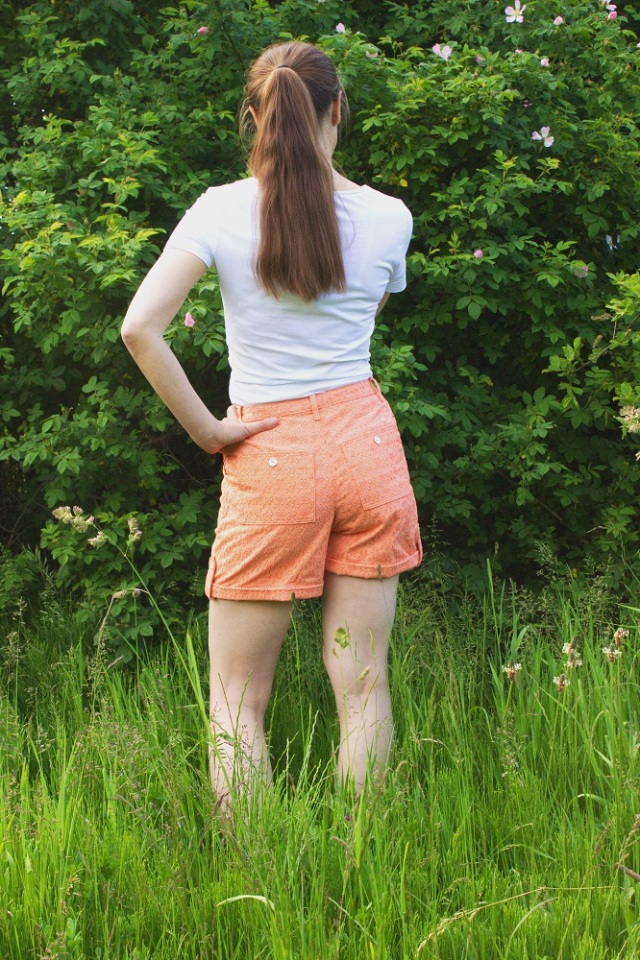 As always, the instructions for this pattern were clear and detailed. The fly front zipper was easy to construct. With all the details and topstitching this was not a quick project, but worth the effort. 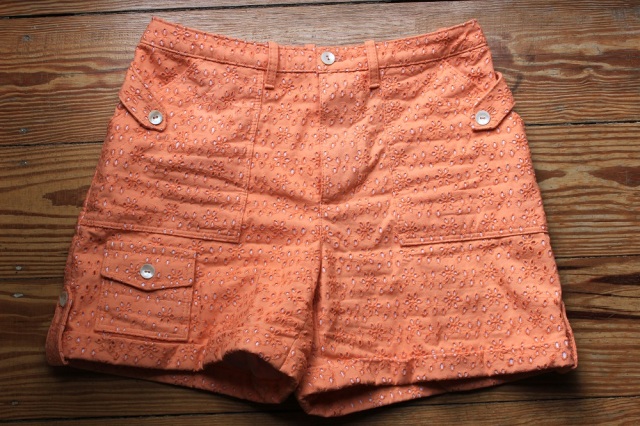 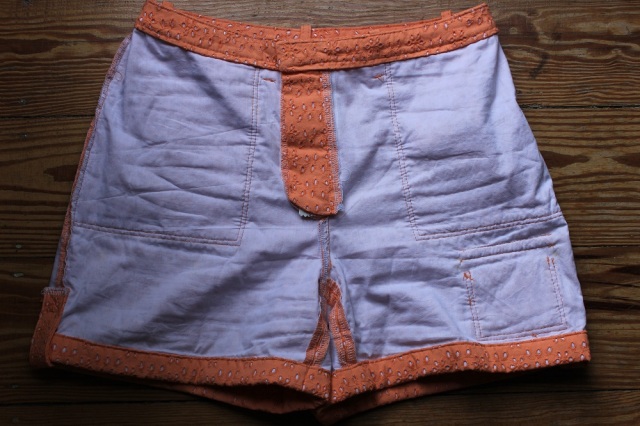 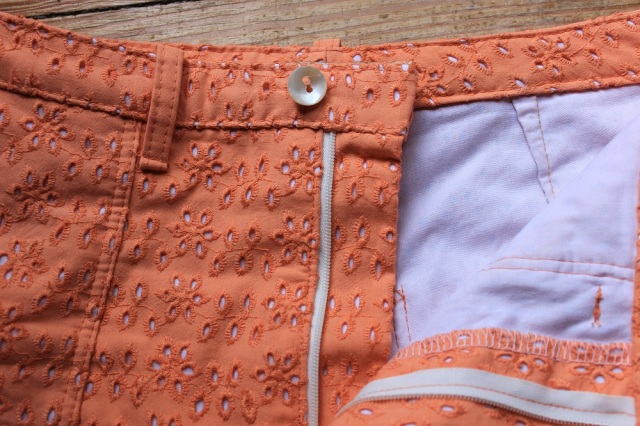 We had a lot of fun in the testing group and learned a great deal about pants fitting. I am quite happy with the fit of my shorts and already considered to use the pattern as a base for long pants. I might lower the front waist a bit, as these are quite high for me, and I like my pants to sit a bit lower. Also, I think there is still a bit too much fabric at the front crotch. Nevertheless, these shorts are really comfy, no gaping in the back while bending, and you look dressed up. Now, that summer finally reached this part of the world, I wear them regularly. While taking the pictures, it was still so cold, that I wore my woolen cardigan and long pants over the shorts when we went to the park. 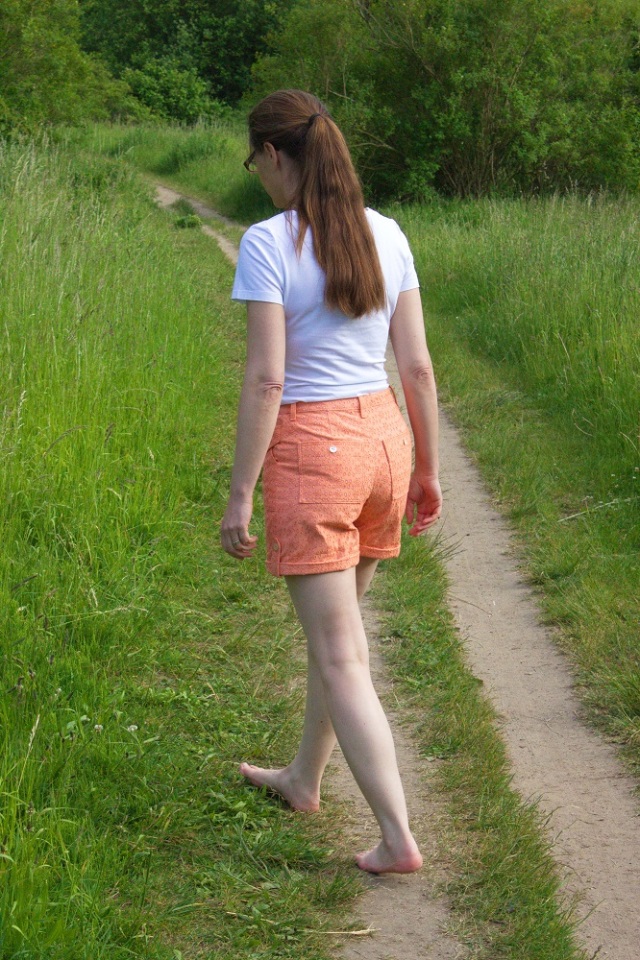 The pattern is currently on sale, and Kennis also released at the same time a pattern for a top to go with the pants, so check this out.

This entry was posted in Itch to Stitch, pattern tester, sewing and tagged itch to stitch, pants, pattern testing, sewing. Bookmark the permalink.